The Rosettes were established during the 1999-2000 school year by Mrs.Terri Musia. The very first team had 26 members, with 2 officers and an assistant student teacher, Amy Larson. They worked hard to establish many of the standards and traditions we still carry on today. They dazzled audiences at football games and performed their very first Spring show on the cafeteria stage, as Flower Mound’s auditorium had not yet been built.

Mrs. Terri Musia was the founding director of the Rosettes and served for seven years. In 2006 Mrs. Sturges/Crisp took direction of the Rosettes and served as the director for 6 years. Under Mrs. Crisp’s direction the Rosettes traveled to Los Angeles twice, performed at Disneyland as a part of Disney’s Magic Music Days, performed at the Texas State Capitol in Austin twice, performed as a feature group in the Children’s Medical Center Adolphus Christmas Parade and performed as a part of the Macy’s Thanksgiving Day Parade in New York City. In 2010 the Rosettes also started competing for the first time since that very first year, and have competed for the last 3 years.

Ms. Hannah Elmore began direction of the Rosettes in the 2012-2013 school year.  She has been the director for the last seven years.  Under her direction they continued competition season every other year and have also traveled.  Rosettes participated in Disney Magic Music Days at Disney World, traveled to Universal Studio in Orlando, as well as traveled to Chicago and took a master class from Kate Jablonski, and most recently, traveled to New York City. The Rosettes continue to strive for excellence every year and will continue to accomplish great things under her direction. Mrs. Musia rejoined Rosettes in the role of Assistant Director during the 2014-2015 year.  The Rosettes are proud to maintain a sense of family with Mrs. Musia, Mrs. Crisp, and Ms. Elmore.  Once a Rosette, always a Rosette!

Why are we called Rosettes?

Contrary to popular belief, our drill team was not named for a flower. Our high school’s mascot is the jaguar, a massive cat. The fur of most jaguars appears buffy yellow or as a golden orange hue that shades into yellow. The jaguar coat, on the upper part of the body is covered in spots. These spots are small and solid on the head and shoulders, but take the formof broken rings, called rosettes, on the back and flanks. Each rosette encircles an area with zero to three dots. The overall pattern of these rosettes is unique to each individual jaguar, just like fingerprints are to people. Ms. Musia came upon this name after conducting research on jaguars.

Many Rosettes have gone on and had continued success in the world of dance. 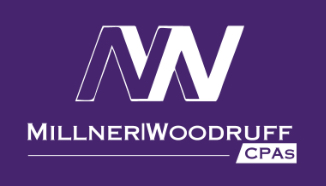